Surya Namaskar - A Prayer to the Light


In yoga, one of the most challenging and active practices is a series of flowing movements known collectively as The Sun Salutation or Surya Namaskar.

Although many schools of yoga focus on this series as a central practice, others consider it a warm-up to the asanas, a way to heat and stretch the body to improve flexibility and lessen the chance of injury.

What many modern yoga students in the west do not realize is that it is actually an ancient and timeless prayer to Surya, the Sun. It is traditionally performed at sunrise with awareness and devotion, honoring various aspects of the Sun's divinity and our own radiance.

Special mantras accompany each posture.  Chanting them sharpens the intellect and helps us to grow in reverence for the brillance of nature - both external and internal.

According to the International Sivananda Yoga Vedanta Centre Kirtan book, here are the mantras and translations which accompany each posture.  In the diagram below, position one is depicted just above the posture at the far left, with hands together in Namaste.

If you'd like to hear these mantras pronounced, you can check out this kind-of-scratchy but cool, old-school recording at Geet Ganga by clicking here. 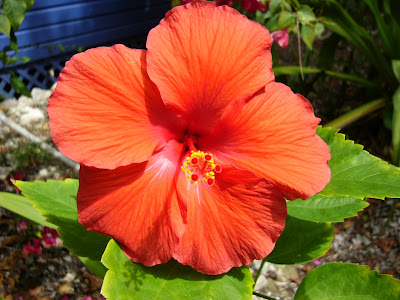 Last summer, at a particularly challenging point in our lives, my Mom and I composed the following prayer together to encourage ourselves and our yoga practice.

It is a liberal translation of the original Surya Namaskar mantras written in affirmation style.  For us, it personalizes and embodies the feeling-vibration of each mantra and its accompanying position.

Just like the Sanskrit version, we chant each line mentally (or out loud with the drone of the Shruti Box) as we move through the asanas.

It is very close to our hearts, so truthfully, it is with some hesitancy that I post it.

I generally prefer to keep it to myself, or include it only orally as part of live teachings to promote a more traditional and intimate understanding of the Philosophy of Yoga.  But so many of you in Yoga teacher training programs in the last year have requested it, that I offer it to you with thanks and love, here in writing now.

I hope that by doing so, you will be encouraged to salute and radiate your own highest Self regardless of what's happening (or not happening) in your life today.

A Prayer to the Light
I am a friend to all.
I open myself to change.
I bow to the Light.
My inner Light shines.
I move through life with Grace.
I am helpful to all.
I am generous, warm, and open-hearted.
I am strong.
I am part of Divine Creation.
I like who I am.
I am growing.
I radiate Peace.
- Colleen and Tara Woltjen, August, 2010
The following mantra may be chanted at the end of Surya Namaskar practice to reiterate the benefits: