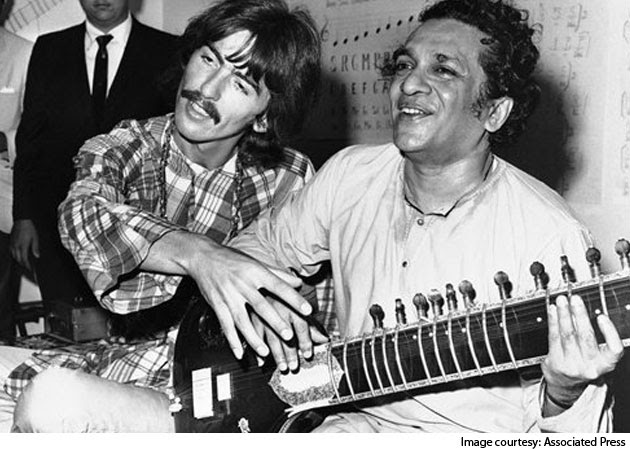 I offer my heartfelt thanks and appreciation to Sitar legend Ravi Shankar,who left his body yesterday at the age of 92.

Ravi Shankar has been a immeasurable influence on Indian music and is credited with bringing Indian music to the west.

I have been loving and listening to his music for nearly twenty years and wish his family and fans fond memories and a continued relationship with him through his musical legacy.

Ravi, of Noble Birth, may you travel swiftly through the transitory states of existence to a harmonious rebirth or to the heavenly realms where the Gandharvas will surely welcome you with open arms and open hearts!