Even if you can't make it to the live events during Raja Yoga Summer Camp's first Nine Nights of Sacred Sound, there are plenty of ways you can enjoy devotional chanting and uplifting vibrations.

I'm currently hitting replay over and over again on this Hari Om Kirtan with Narayan Jyoti﻿!

Narayan Jyoti is one of my dearest bhakti brothers and fellow students, son of my teacher Sita Chaitanya of the Sivananda Yoga Retreat, Bahamas (now Swami Hridayananda), and direct disciple of Swami Vishnudevananda who gave him his name!

All his life he has been immersed in sacred sound.  Listen, you will feel it.
at July 11, 2014 No comments:

Anyone who has spent time in a Sivananda Ashram is familiar with this chant, sung twice daily, in the morning and evening satsangs.

Here is an excellent version by Swami Hridayananda, Jaya Ganesha with lyrics.  I'm sure if you close your eyes it will bring you right back to the ashram, and here and now, bring the ashram to you!﻿
at July 11, 2014 2 comments: 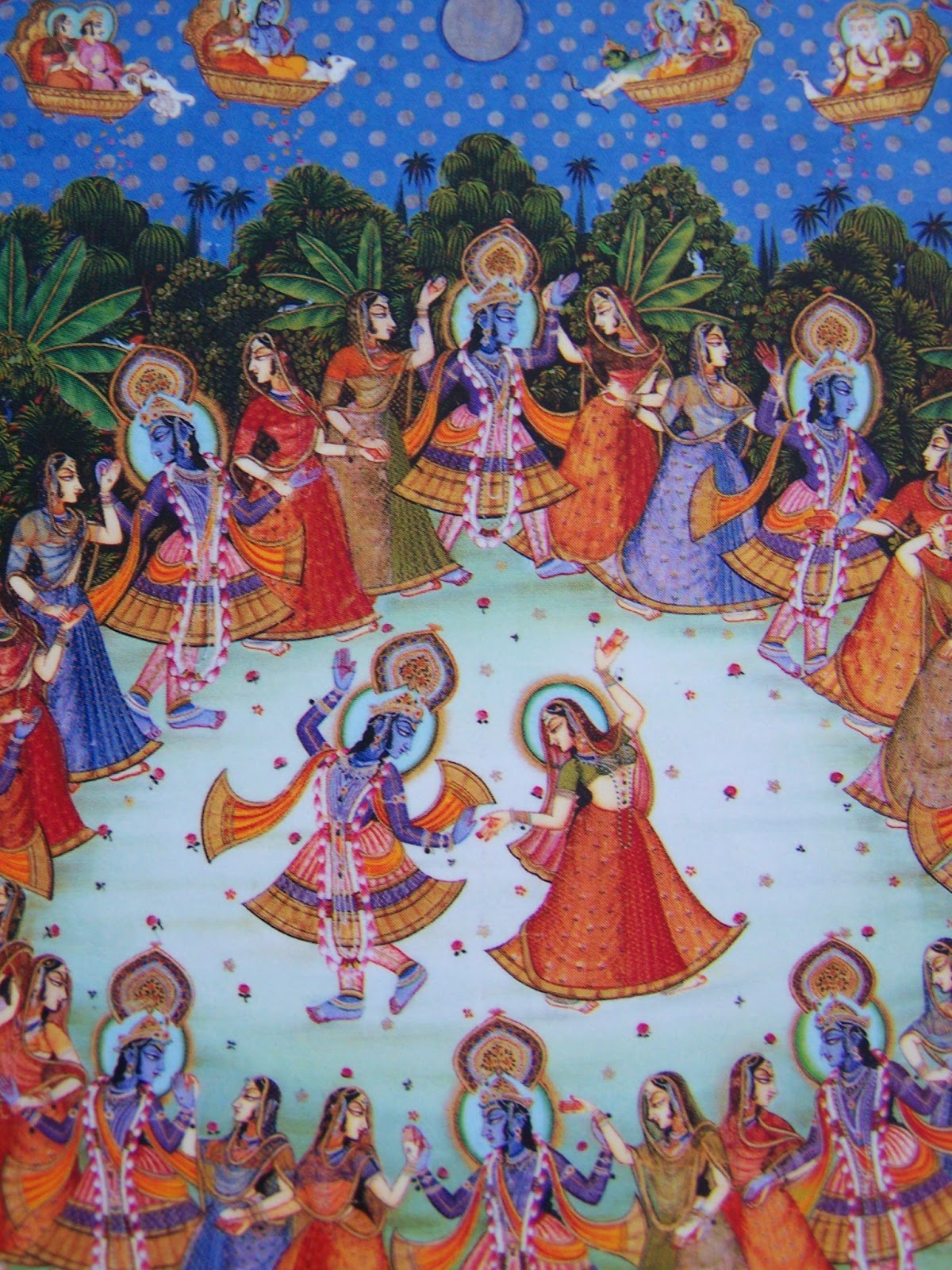 Summer is the time for music and celebration!

Just in case you can't get away on a "yoga vacation" to the bigger retreat centres and festivals, here is your chance to steep yourself in sacred sound and satsang, without leaving your own home town!

Join me and Raja Yoga Summer Camp at various locations in the Edmonton area.  You can join us for some or all of the events.

Please note that the first and last days are by invitation only.  If you would like to attend, and are not already on the Raja Yoga Summer Camp mailing list, please let me know at:  tarawoltjen@yahoo.ca


Also note that some days, there is more than one event!

Each year on the full moon in July, yogis honor and celebrate the principle of Guru, and the countless teachers who guide us from darkness into light.

It is called Guru Purnima, and this year, you're invited to participate!﻿

What is Guru Purnima and How do We Celebrate it?

I will be hosting a celebration at my home from 1-4 pm on Saturday July 12 with songs, stories, pada puja and refreshments.

If you're not already on the mailing list for Raja Yoga Summer Camp and you would like to join us, email me at:  tarawoltjen@yahoo.ca
at July 08, 2014 No comments:

Shiv Puran Katha, or stories of Shiva, the Lord of the Yogis!

Feel free to join me on any of the weekday evenings from 6-8 pm (there is a dinner from 5-6:30 if you're free) and on the Sunday mornings from 10-noon.

You are welcome to bring fruit or flowers to offer if you like.

Please observe the temple etiquette of modest clothing that covers your shoulders and knees and be aware that you will be sitting on the floor in a crowded space, so try not to bring too many excess belongings. 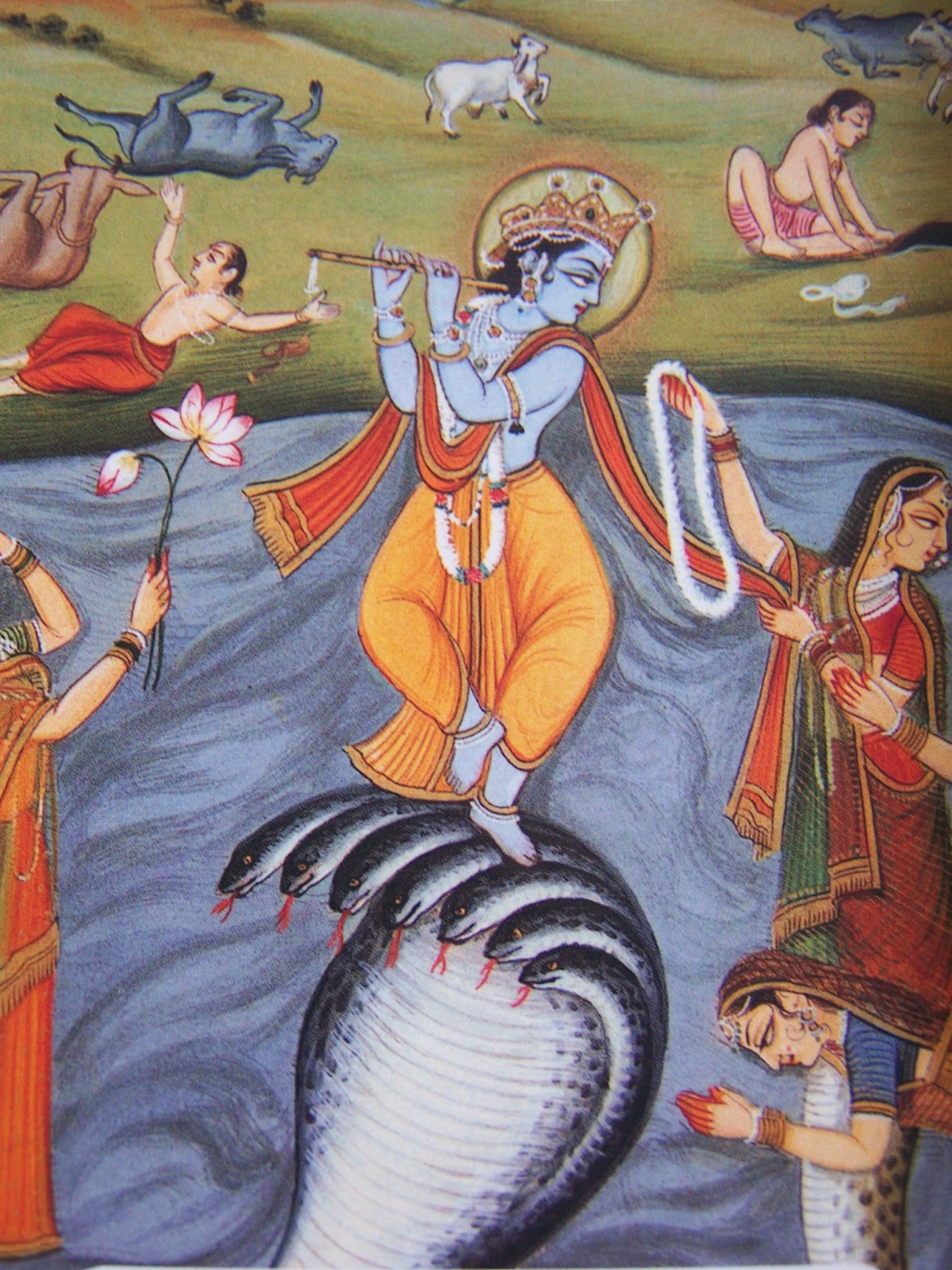 Saturday, July 19, from 2-4 pm join me again at Yoga Within to experience the Power of Sacred Sound!

Nada Yoga, the Yoga of Sound, uses mantras, chanting, singing and storytelling to purify our hearing and speech, raising our vibrational resonance in the world and within.

Nada Yoga embraces the notion that the basic stuff of the universe is vibration.

By attuning our resonance with it, using verbal, instrumental and subtle sound as a medium for meditation, we can not only enjoy, but elevate our lives.

No musical experience necessary!
at July 08, 2014 No comments:


"If you want to find the secrets of the universe, think in terms of energy, frequency and vibration."  - Nikola Tesla

*Warning* Turn your volume way down, as the tones get quite ear piercing as they get higher!
at July 08, 2014 No comments:

Legends of Yoga: The Birth of Patanjali


Patanjali, the author of the Yoga Sutras is often referred to as the Father of Modern Yoga, but many modern yogis know very little about him, or why he is so revered.

Around two thousand years ago Patanjali wrote the wisdom of yoga down for the first time.  He wrote it in the form of Sutras, a codified style of writing meant to be memorized and then interpreted, or "unpacked" by one's guru.


Today, The Yoga Sutra, also known as Yoga Darshana is considered one of the most authoritative texts on yoga, famous for outlining and elucidating an "eight-limbed" path known as Ashtanga (asht meaning "eight" and anga meaning "limbs").


Admittedly, scholars know little if anything about his actual birth, but nevertheless, as with all teachers of great renown, cool legends abound!

Once there lived a great Yogini named Gonika.  She lived alone in a small hermitage where she practiced diligently and meditated happily.

One day she caught sight of her reflection in the surface of her water pot.  She saw deeply etched lines on her face and white streaks in her hair.

She realized that her time on earth was limited and wondered what was the point of all her realizations if she had noone to pass them on to.  So she prayed for a worthy student.

As she stood in the river one morning offering her prayers to the sun, she contemplated this.  She scooped up water from the river in her hands, and as she did so, she saw something flutter lightly down like a feather or a little leaf.  It landed in her cupped palms.

When she looked down she was surprised at what she saw!

Some say she saw a little snake in her palms, homage to the belief that Patanjali is an avatar or incarnation of Adishesha.  Some say it was a teeny, tiny child.  Either way, she placed the being gently onto the shore and instantly he grew into a handsome, intelligent boy who asked respectfully for permission to be her son and her student.

Gonika, of course, accepted.  She named the boy Patanjali because he had fallen or floated down (pat) into her prayer-folded hands (anjali).


He studied the wisdom of yoga with her until he was a young man and then founded his own school of yoga which emphasized swadyaya or self-study.

His teachings have showered blessings and wisdom onto generations of yogis to this very day!
at July 02, 2014 No comments:

Actually, the Asht-anga or eight limbs of yoga are a practical eight-part practice to reach our highest bliss, on and off the mat.

The four chapters of the Yoga Sutras of Patanjali, known as padas or feet, describe three paths to samadhi or bliss.  The second chapter describes the most famous and easiest path, known as Asht-anga.

Join me at Yoga Within every Friday night in July from 7-9pm for chanting, group discussions, reflections, personal practice suggestions and more.  Find out what this 2000 year old text has to offer us today!