Jupiter, Venus and Mercury in Yoga 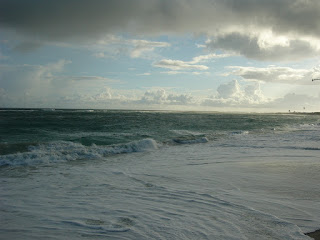 For the past couple of weeks, and until June 7th, 2013, Jupiter, Venus and Mercury are in alignment or Yoga.  (A "yoking" or coming together of astrological entities.)

In my life things have been both brilliantly coordinated and jarringly discordant lately.  Maybe this has something to do with it.

According to Vedic Astrology or Jyotish:﻿
﻿﻿

Jupiter गुरू, बृहस्पती (Guru, Brihaspati) is the teacher of the gods.  He helps the gods in their ongoing wars against the demons, or lower, crueler aspects of human nature.

Guru also means "priest" so Brihaspati is the "lord of prayer or devotion."


Brihaspati wears yellow garments and is generally worshipped on Thurdays.  Appeasing him is said to cure stomach ailments.

Venus शुक्र (Shukra), also known as Shukracharya, is Brihaspati's arch-nemesis, the spiritual advisor of the demons or Asuras.

He helps the demons in the wars against the gods and revives their wounded and dead with a secret mantra given to him by Lord Shiva.
﻿
Shukra means "clear, pure, brightness, or clearness."  He has a light complexion, wears all white and likes to be worshipped on Fridays.  His influence can relieve eye problems, even though he is half-blind:

"In one story, Lord Vishnu is born as the Brahmin dwarf-sage Vamana. Vamana comes to take the three worlds as alms from the asura king Bali. Lord Vishnu wanted to deceive the king Bali who was the grandson of the great king Prahlada, in order to help the Devas. The sage Shukracharya identifies him immediately and warns the King. The King is however a man of his word and offers the gift to Vamana. Shukracharya, annoyed with the pride of the king, shrinks himself with his powers and sits in the spout of the Kamandalu, from which water has to be poured to seal the promise to the deity in disguise. Lord Vishnu, in disguise of the dwarf, understands immediately, and picks a straw from the ground and directs it up the spout, poking out the left eye of Shukracharaya." Source: Wikipedia

Shukra presides in the areas of love, fertility, romance and sexuality, creativity, the physical body and material life, wealth, the opposite sex, pleasure and luxury, the sacred feminine, music, dance, painting and sculpture, appreciation of nature and harmonious relationships.

Both Jupiter (Brihaspati) and Venus (Shukra) represent brilliance, intelligence, memory and above all spiritual devotion... but for entirely different goals!
﻿﻿
Mercury बुध (Budha) (not to be confused with Buddha, the enlightened sage) is the son of an illicit liason between Chandra, the god of the moon, and Tara, the wife of Brihaspati.

(Hmmm... sense the potential for some astrological tension there?)


"Chandra was a student with Brihaspati, the Teacher of devas. Tara was the wife of Brihaspati. Tara fell in love with the beauty of Chandra and started living with him, deserting Brihaspati. When Brihaspati asked her to come back, she refused. Brihaspati became angry, and a war eventually started between Chandra and Brihaspati. Sukracharya, the teacher of the Asuras, joined Chandra in the battle, while The devas joined Brihaspati. As the battle was due to desire (kama) for Tara, it was known as Tarakaamayam. Lord Brahma, the creator of the universe, feared the war might abolish the world. Hence, he came down and stopped the war. He convinced Tara, took her away from Chandra, and gave her back to Brihaspati. Budha, a beautiful child, was born to Tara. Both Brihaspati and Chandra claimed to be the father of Budha, but Tara kept silent. Budha himself got angry over this tussle and asked his mother to tell the truth. Tara said that Chandra was the father of Budha."  Source: Wikipedia

He is known for his good looks, his wisdom in the Vedas and the arts, his shining intelligence and his disdain of his father's immoral behavior!

His favorite color is green, and he is generally worshipped on Wednesdays.

Well, I'm no Vedic astrologer... but it seems to me that with these three forces engaged and in close proximity with one another, we may experience some conflicting ideas about what is right or wise, and perhaps some poignant inner or outer turmoil about how these are expressed or put into practice.

Given my own recent ups and downs, I feel reassured by the reminder that we are all under the influence of many factors beyond our control, for worse... and for better.